Tactical Periodization: A Practical Application for the Game Model of the FC Bayern Munich of Jupp Heynckes (2011-2013) by Pedro Mendonça 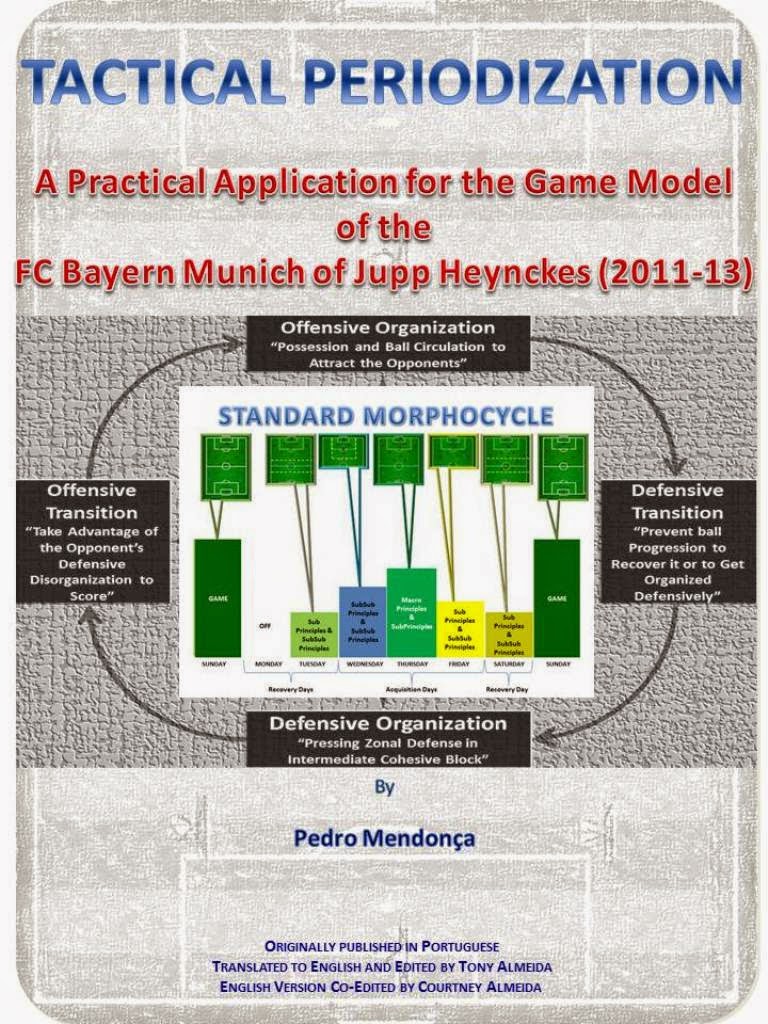 In 2011-12 and 2012-13 Jupp Heynckes’ FC Bayern Munchen played an entertaining and effective football game style that led to both Bundesliga and Champions League titles. Heynckes’ Bayern lost the 2012 Champions League Final in PKs but won in 2013. Winning those titles was based on a game model this book depicts.

Utilizing the Tactical Periodization method to implement it is an approach proposed in this book. Tactical Periodization was made popular by Jose Mourinho who has won titles since 2003, his first year as a Head Coach in four different countries (Portugal, England, Italy, Spain) plus a UEFA Cup, two Champions League, and was Champions League semi-finalist three other times…all in 10 years! Tactical Periodization is a methodology a Coach may apply to play game style any and/or formation leveraging this method.
Implementing a game style requires thinking and planning through each game situation. Preparing those game situations through the pre-season and enhancing the team’s effectiveness throughout the season is the focus of the Tactical Periodization method. It integrates the four pillars of the game (physical, mental, technical, and tactical) with the four moments of the game (Offense, Transition to Defense, Defense, and Transition to Offense) over the training week to reach the desired Game Model. The value of this book is not only in the theoretical aspects of the Tactical Periodization (Chapters 1 -3) but the practical context exercises that enable the reader to leverage them for a team’s training plan. In Chapter 4, Bayern’s Game Model for all four moments of the game is detailed with supporting images. Chapters 5 through 9 depict the operationalization of the Game Model through detail the exercises needed for each principle in each moment of the game to train the team.
Enjoy the book and good luck in your endeavors!
Pedro Mendonça 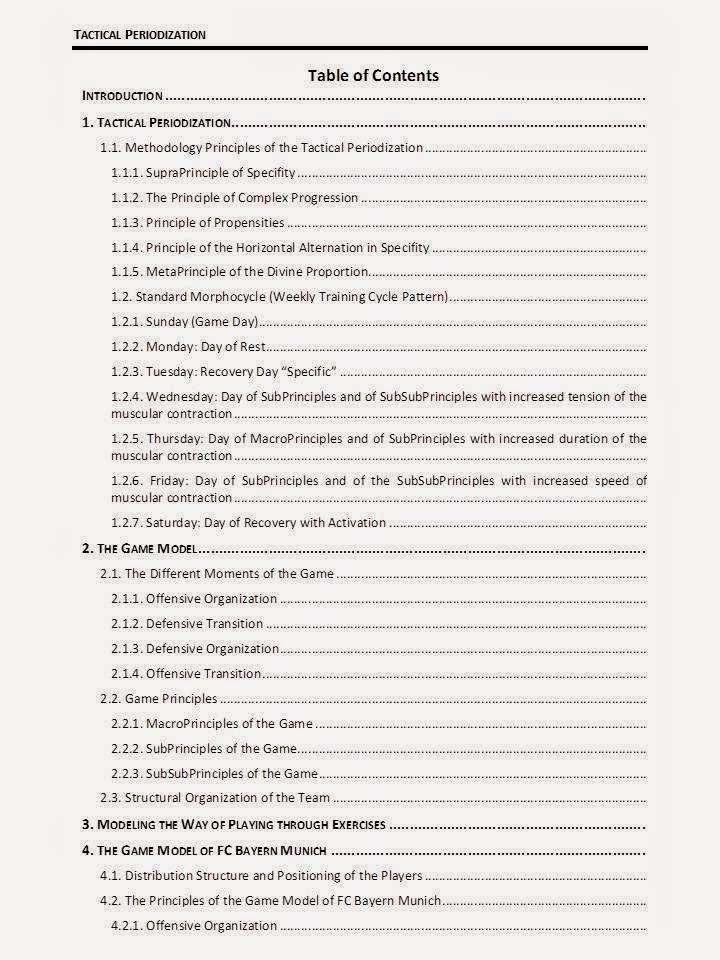 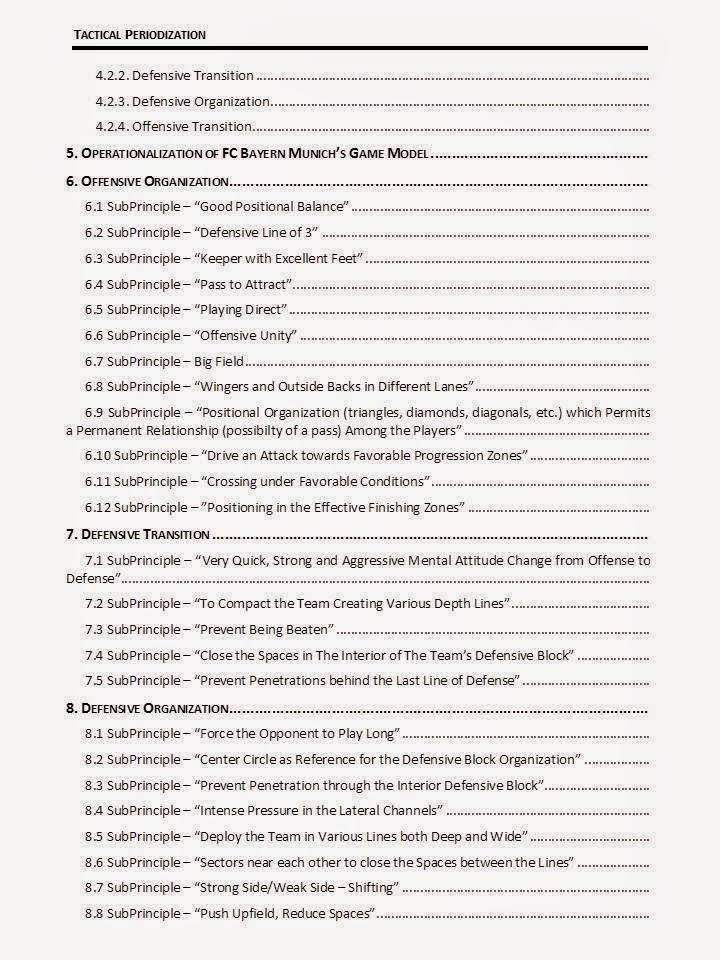 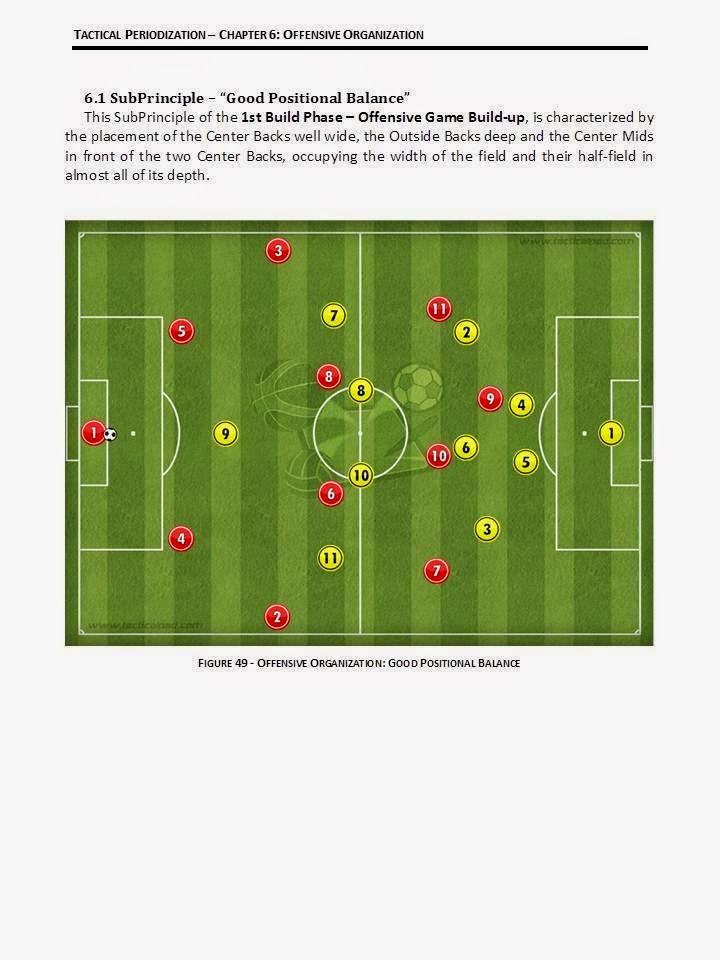 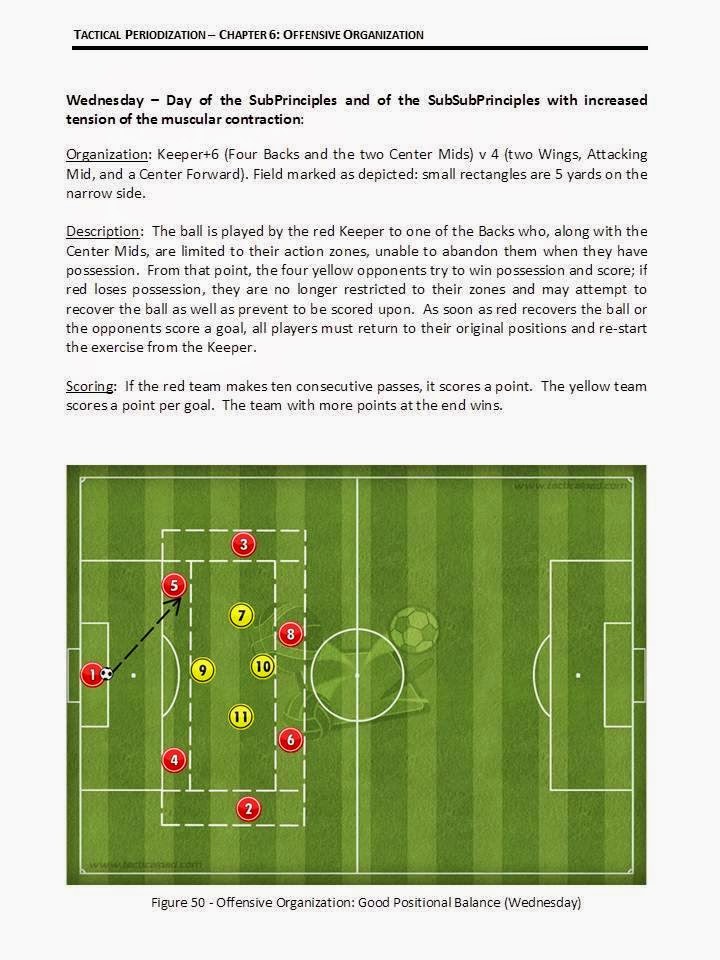 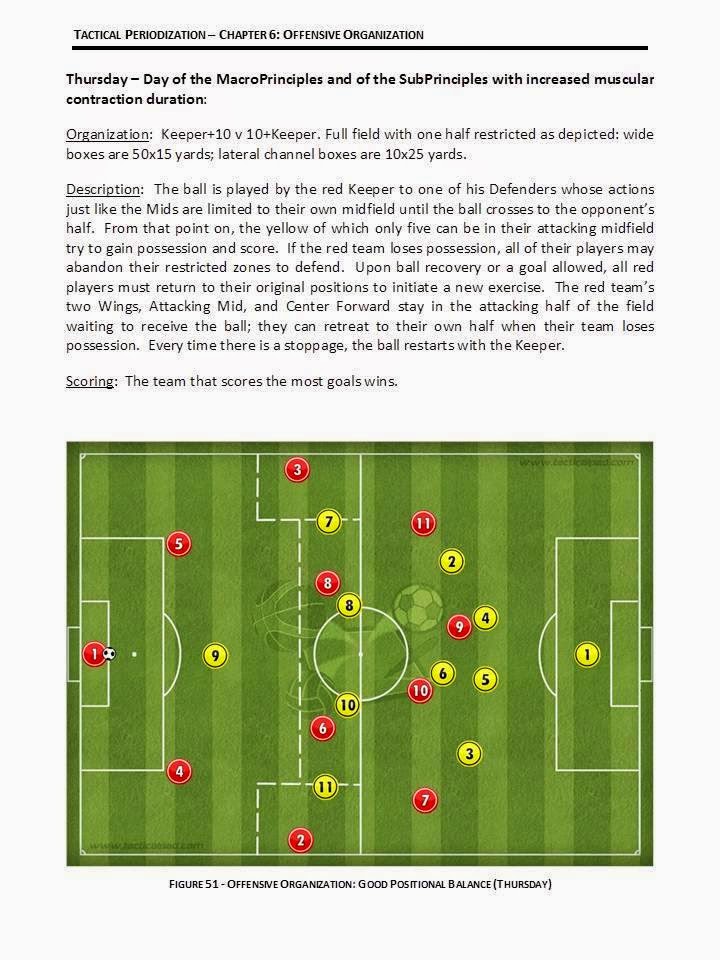